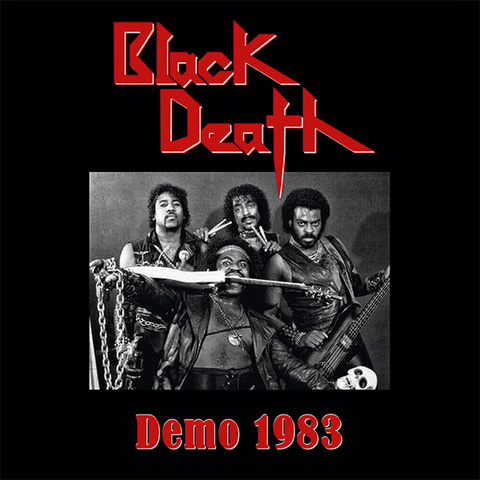 Formed in 1977 by strangely named vocalist and lead guitarist Siki Spacek, Ohio’s Black Death arguably hold the distinction of being the world’s first all-African-American heavy metal band. The band did three demos between 1981 and 1983 and these three demos built up a local following, but the band struggled with the line-up during those early years. This third demo finally secured a record label deal and their one and only album, also called Black Death, was released the following year. However the band vanished from sight only a short time later.

Track list:
1. Taken By Force
2. When Tears Run Red
3. Breaking The Chains Of Hell
4. Ive Been There