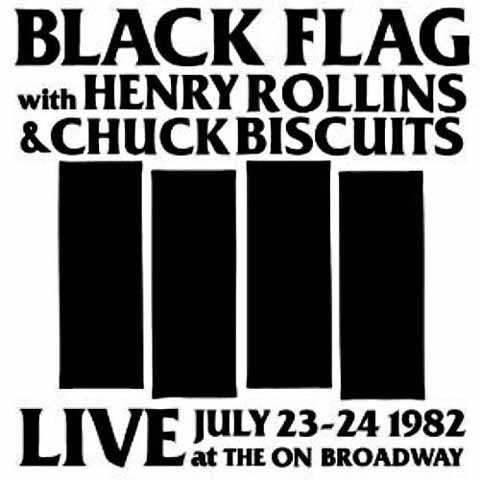 Black Flag ‎–Live At The On Broadway cd

Black Flag always ran into numerous problems during their tours. Playing shows that were shut down by cops, club owners that didn’t pay them, bouncers breaking the windows of the van, people stealing from the band, and for instance when the van caught fire and Chuck had to go underneath the van with a pillow to put the fire out before it destroyed all of their equipment. Things like that were normal days for Black Flag and another thing that messed up the bands life’s back in the summer of 1982 was a legal battle between the two labels Unicorn and SST over who had the rights to Black Flag which prevent the band from recording any new material and the band could only tour for a living. Survival was not easy but Henry Rollins and his band-mates kicked adversity in the teeth. This album features an incredible intense show from that time, taped during two nights at On The Broadway in New York on July 23rd and 24th of 1982 where you have a complete show from the first night as well as some added bonus tracks from that second night.