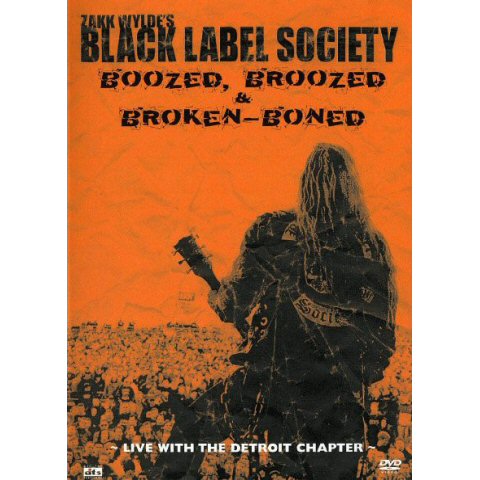 This is the first ever DVD for Black Label Society and its well worth the long wait. It features the full concert recorded at Harpo’s in Detroit (14th of September 2002) and extras including the Rob Zombie directed video for “Stillborn”, a 20 minute clip from Zakks guitar instruction video,an acoustic BLS song, home video footage, an exclusive interview, and two songs recorded live in Tokyo. The group consists of Zakk Wylde doing lead guitar and vocals, Nick Catanese on guitar, Craig Nunemacher on drums, and Robert Trujillo on bass. The concert consists of Demise of Sanity, Graveyard Disciples, Bleed for Me, 13 Years of Greif, Stronger Than Death, Genocide Junkies, Spoke in the Wheel, Born to Lose/Guitar solo, World of Trouble, All for You, Super Terrorizer, and Berserkers. Demise of Sanity and Graveyard Disciples are recorded live from Tokyo with Mike Inez on bass. The concert is well filmed and brutal just like you’d expect from BLS. The interview is good and the backstage footage is hilarious. Its nice to see the softer side of Zakk when he’s singing some of his songs with his daughter, who knows every word to. Features Zakk performing the national anthem at a hockey game and some other crazy stuff. All in all a great video and a must for every BLS/Zakk fan.