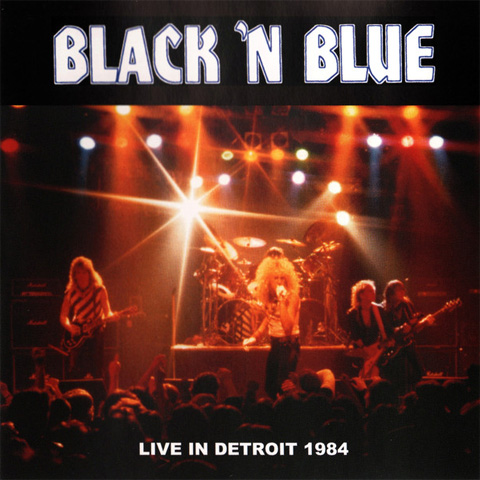 Black ‘N Blue was formed in November, 1981 by high school friends Jamie St. James and Tommy Thayer (now in Kiss) in Portland, Oregon. The band chose the name Black N Blue based on their in-your-face sound and denim and leather look. The band got their first break in 1982 when heavy metal fanzine editor Brian Slagel heard their song demo of Chains Around Heaven and subsequently added the track to his first edition of Metal Massacre — an independent compilation album that also introduced newcomers Metallica, Ratt, and Malice. Black N Blue moved to Los Angeles in 1983 making an immediate name for themselves in the Hollywood club scene. Within six months the band signed a worldwide recording contract with Geffen Records, releasing their self-titled debut album, Black N Blue, in August 1984. The Dieter Dierks-produced album included Hold On To 18 which was released to radio and MTV and the album became a moderate success. Live In Detroit features a live recording made around the time of that debut album..