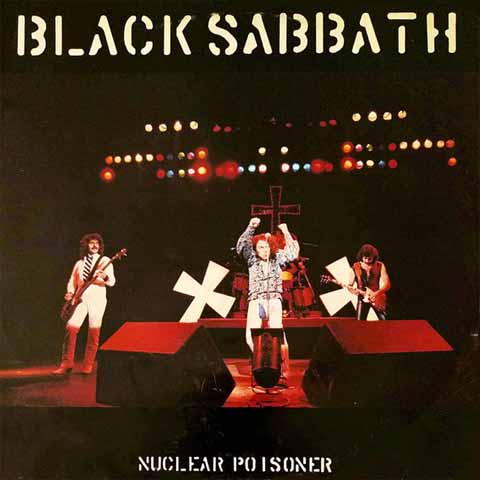 Reduced price due to bent marks on cover (see all pictures)

This album captures Black Sabbath live at Nakano Sun Plaza hall in Tokyo, Japan on the 18th of November 1980. The band were out on their successful Heaven And Hell tour and this show is special because it is cut short as Tony became sick during the show. The set list was cut after Iron Man and then it was announced in both English and Japanese after Iron Man that the band had to leave the stage. This announcements arent on this vinyl that due to its limited playing time only features parts of the show. As with all shows on this tour, the band delivered smoking versions of Neon Nights, N.I.B. and Children Of The Sea, which Dio again dedicated to the people of Japan. Dio was in particularly great form and, although the show would end early, so was Iommi up to that end. It was during Heaven And Hell that something happened to Iommi which resulted in the concert’s close. As we know from the other concerts in Tokyo on November 16 and 17, Heaven And Hell averaged about thirteen minutes in length. In this concert on November 18th it was under ten and-a-half minutes, but the first five minutes were classic Iommi. It was at that point that he vanished from the song, which Dio, Butler and Appice expertly improvised and carried into Iron Man. As mentioned above, Iron Man was how the show concluded, although Iommi did play in it. But missing from this part of the concert were the nasty instrumentals and guitar solos, Die Young and Paranoid encore. Instead, the audience was told Tony was ill and that they should now go home. The audience was raucous, blowing whistles and not understandably unhappy with this development.