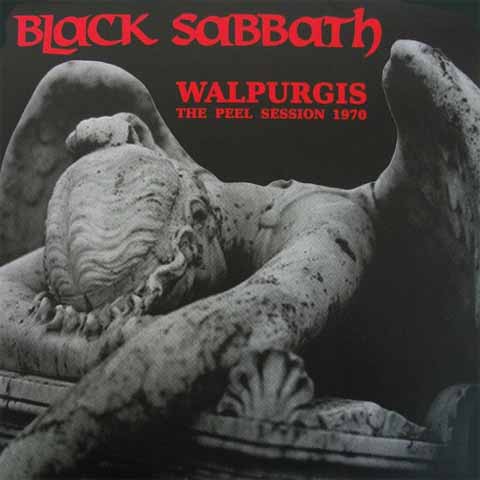 This album features some of the earliest recordings done by Black Sabbath. It starts with a live recording done by legendary radio DJ John Peel. Although John Peel wasn’t particularly known as a major supporter of Black Sabbath, the DJ gave early radio exposure to the metal pioneers and indeed later claimed he tried to sign the band to the Dandelion label after seeing them and Medicine Head at a gig in Lafayette Club in Wolverhampton. This appears to have taken place on September 4, 1969. Peel first came across Ozzy Osbourne (lead vocals), Tony Iommi (guitar), Geezer Butler (bass guitar) and Bill Ward (drums) when the Birmingham four-piece were still using the name Earth and he was working as guest DJ when they supported Van Der Graaf Generator at the Bay Hotel in Whitburn, near Sunderland, in March 1969. According to venue manager Geoff Doherty, the band “gave no real indication of how big they were eventually to become.” By September, however, it was a different story. Now writing their own darker material and employing a heavier sound, Sabbath were managed by Peel acquaintance Jim Simpson, who arranged a special gig at the Lafayette Club in Wolverhampton to showcase the band for the DJ, although they eventually signed for Vertigo Records the following month. In November, though, a BBC session for Peel was recorded and broadcast on Top Gear. The following year, on Friday 13 February, Sabbath’s breakthrough first LP was released. Geezer Butler was later to recall that the band heard of the record’s arrival in the UK album charts when listening to Top Gear on the way to a gig. Peel had appeared with the band at Mothers club in Birmingham a week before the album hit the shops and subsequently introduced them (with Medicine Head) on his Sunday concert show broadcast on the 26 April 1970. (and repeated the following Wednesday). The recording date and venue are unknown, but many of the concert programmes of this era were recorded at the Paris Theatre in London and many Black Sabbath fans says that this could be a recording from L’Olympia Bruno Coquatrix in Paris, France on the 20th of April during their Paranoid tour. Some Black Sabbath and Ozzy message boards suggests that the same four tracks were put out officially on re-issues of Ozzy Osbournes The Ozzman Cometh compilation, listed as demos, with all audience sound and Peel links removed. The highlight of this recording is the track War Pigs that at this early stage were called Walpurgis. Some accused the band for being lightweights and phoneys, but history has proven that Sabbath was often censored and toned down by their record labels. Perhaps they would have been more offensive and sickening if they were let off their leash by record companies and censors. Recordings from the 1969 and 1970 sessions prove that Sabbath’s original lyrics were often more stark, cruel and satanic than anything they later released for a major label. For instance, this Walpurgis version has far sinister lyrics than the final product with Ozzy originally singing about churches in ruin and dead rats eating people’s innards. The original chorus to the song as performed here goes:

Black Sabbath would ofcourse become the godfathers of heavy metal and singer Ozzy Osbourne has always been quick to pay tribute to Peel’s support in the band’s early career after the DJ died in 2004: He was a pioneer in his own right. If it wasn’t for John Peel, Black Sabbath would never have been played on the radio. He was a good guy.