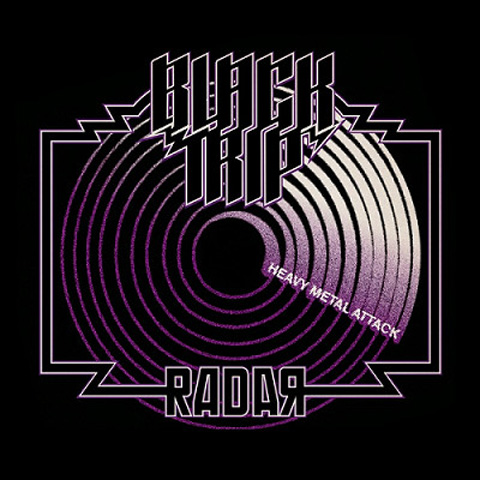 Black Trip, the new Swedish hype metal band consist of guitarist Peter Stjarnvind, vocalist Joseph Tholl (Enforcer), drummer Jonas Wikstrand as well as the two former Nifelheim members Sebastian Ramstedt (guitar), Johan Bergeback (bass). The opening track on this cd single is taken from their debut album, Going Under, that was released in 2013. The second track, The Perfect Dream Of A Perfect Death, is an exclusive none album track. Black Trip is metal that are very much back to basics with huge influences from the New Wave Of British Heavy Metal. The music is simply bursting with naive/blunt but energized and entertaining Heavy Metal of the very early 80s. In fact, the first single/video of Radar is clearly their most Lizzy inspired tune and this video can also be found on this single. So if you love denim and leather, fish and chips, the old belt and wrist-band with pyramid studs and greasy non-poodle hairdo then take a trip down the memory lane with Black Trip.