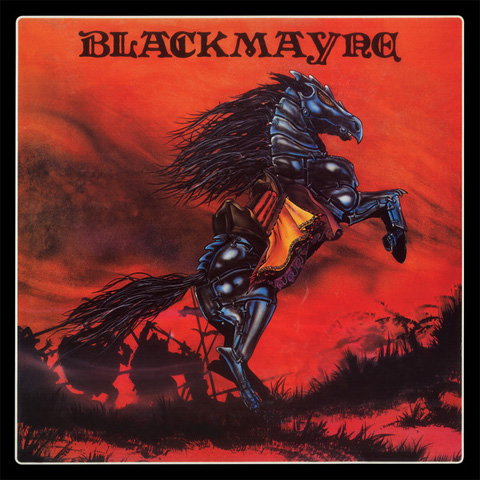 Blackmayne was an Nwobhm act that was formed in Kent as Isis in 1983 and changed name to Blackmayne a year later. Guitarist Phil McDermott had previously been in a band called Breeze that got a track onto the Metal Warriors compilation album. So the band recorded a 2-track demo and McDermott used his past history with Ebony and sent the demo to producer Darryl Johnson at Ebony. Darryl decided to sign the band to his label and the band went into the Ebony Studio in Hull in November of 1984. However the original sleeve design of the album was destroyed in a fire on the way to the printers, so a new album design had to be made. This put the release of the album back several months. During these months it became obvious that the NWOBHM momentum was a bit over and thrash was making its way into the spotlight. Blackmayne was sitting on the side waiting for their album coming from the printers and seeing their chances being swept away. This delay caused frustration and when the album finally was released it didnt get any promotional backup. Blackmayne disbanded shortly afterwards and in the Summer of 1985 it was all over. This debut album is more recognized now then it was in the 80s and 27 years after the band disbanded they decided to reactive Blackmayne and a second album hit the shelves in 2019. This debut album packs a surprising wallop – bringing to mind great names such as Blitzkrieg, Jaguar and Battleaxe. Listen to this Blackmayne debut and its easy to understand why so many out there that still loves NWOBHM. This is just high energy, high paced, balls to the wall hard rock, cranked up to full fury. Riffs like those in these songs – simplistic but so definite in their high enthusiasm, and power, are what got me into heavy metal in the first place.