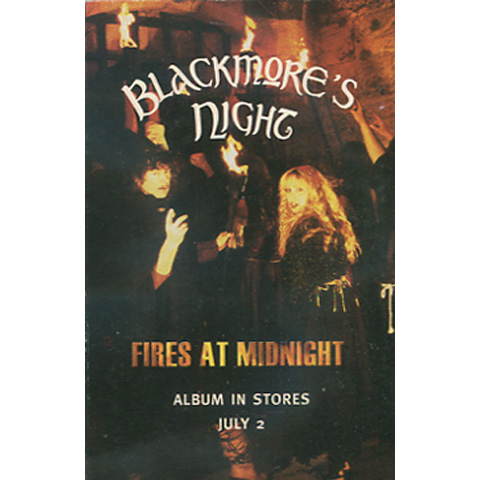 Reduced price due to marks on the slipcase

One of hard rock’s most influential guitarists has opted for the cultural upheaval and regality of the Renaissance era, as Ritchie Blackmore and vocalist Candice Night spearhead a band who abides by a hearty cross-pollination of English folk, 16th century melodies, and progressive rock. Here, Blackmore injects tasteful electric lead lines into a mix consisting of buoyantly executed rhythmic structures and Ms. Knight’s whispery, and at times, satiny vocalizations. This 2-track promo cassette comes with a fade out version of Crowning Of The King and the album version of Praetorius.

Track listing:
1. Crowning Of The King-fade out version
2. Praetorius (Courante)