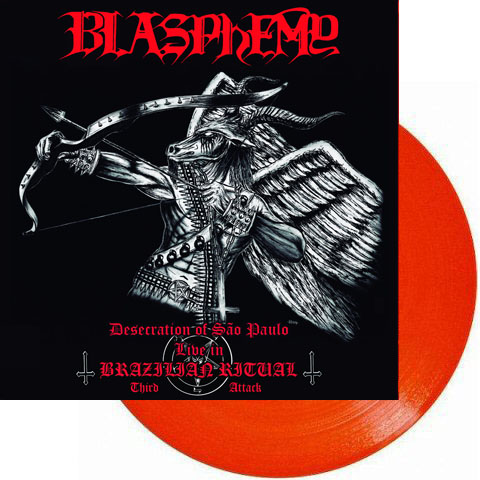 15 years after their last album the eternal Gods of war, Blasphemy is back with an official live album recorded at the Sao Bernardo Do Campo in Sao Paulo, Brazil November of 2013 when the band headlined the third edition of the Brazilian Ritual Festival. Brazilian Ritual Third Attack was one of the most evil shows that ever happened in South America and Ross Bay Cult felt that it had to be immortalized on album. Lets keep the black flames alive