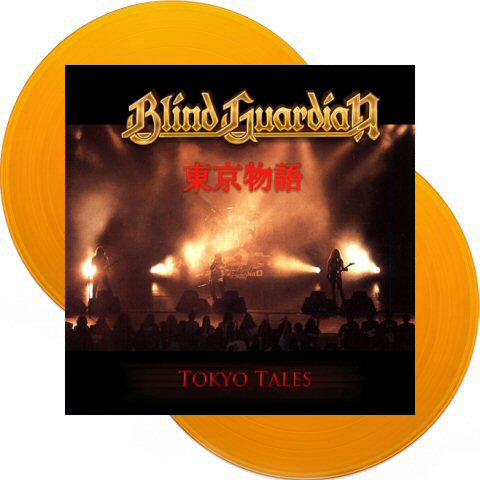 Blind Guardian where on a creative and commercial high after 1992s Somewhere Far Beyond, but the German power metal heroes decided to make some changes and take some extra time before entering the studio to forge a follow-up. The group would eventually unleash the epic Imaginations from the Other Side, a disc that took their sound and conceptual aesthetic to even loftier heights. To hold fans over during the three years between releases, Blind Guardian decided to work up a live recording of their early hits. Captured during a Japanese show in December of 1992, Tokyo Tales documents the band in all their concert glory. Highlights include expansive numbers like Journey Through the Dark and Lost in the Twilight Hall, but each of these concert gems is performed with an impressive level of technical authority and emotion. A massive sounding live disc, Tokyo Tales is a rare must-own live collection of power metal standouts.

Track listing:
1. Inquisition
2. Banish From Sanctuary
3. Journey Through The Dark
4. Traveller In Time
5. The Quest For Tanelorn
6. Goodbye My Friend
7. Time What Is Tme
8. Majesty
9. Valhalla
10. Welcome To Dying
11. Lord Of The Rings
12. Lost In The Twilight Hall
13. Barbara Ann