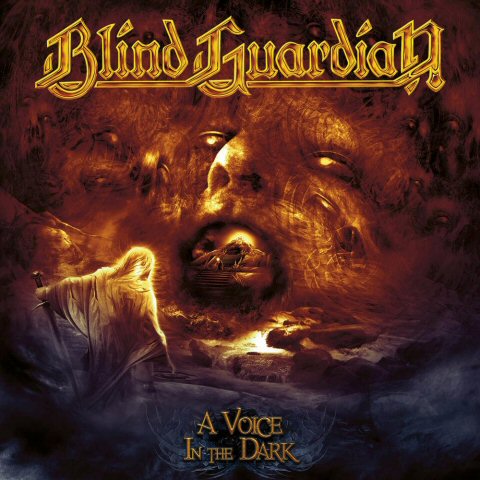 Blind Guardian -A Voice In The Dark mcd

With ‘A Voice In The Dark’ Blind Guardian are going to release the first track from their ninth studio album ‘At The Edge Of Time’. The band has chosen a unique track, which shows their roots on the one side, their musical skills and vision nowadays on the other. It’s a song that will become a favourite; fast, melodic and progressive. ‘Throughout our band history we’ve never been working that intense on new material, the continuous progression of the particular songs never felt that good and organic and we’ve never unleashed our boundless creativity to such an extent. But the time arrives to leave hold of something. A wise man said: ‘You never finish a production – you just hand it in’. That’s right! Nevertheless, ‘A Voice In The Dark’ is a bombshell and it gives you the possibility to see behind the curtain of our bombastic arrangement-firework of the new record’, says Hansi Kursch, singer and founder of Blind Guardian. But this is not enough, the EP also features two other songs on it; ‘War Of The Thrones’, an exclusive stunner and a version of the John Farnham-classic ‘You’re The Voice’.

Track listing:
1. A Voice In The Dark
2. You’re The Voice-John Farnham cover
3. War Of The Thrones-acoustic