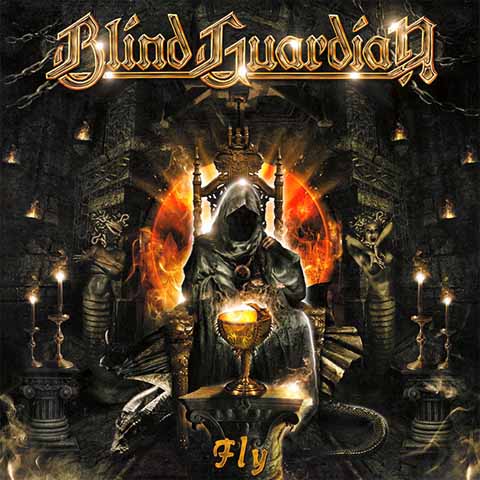 After 4 years of waiting, and a rather unfortunately line-up change, Blind Guardian gave us a taste of what to come from their A Twist In The Myth album. Fly was dropped far in advance of the release of A Twist In The Myth and perhaps wisely, as it was the first real buzz about the band since their Live album and Through the Looking Glass dvd. Fly is one of the catchier songs from the coming album, a tribute to Peter Pan. The single also contains an acoustic version of Skalds And Shadows. The album version features a more powerful chorus, but otherwise this doesn’t differ greatly. The last track of the three is a cover of Iron Butterfly’s In a Gadda Da Vida, which has already seen a treatment via Slayer and just about every blues or cover rock band across seven continents. I can’t say that Blind Guardian’s version offers me much to come back for, but at least they transform it into an epic composition that suits their style. Dont know if the single in itself is worth its value but at the time of its release it was a great introduction to the continuously progressing of the Blind Guardian sound.