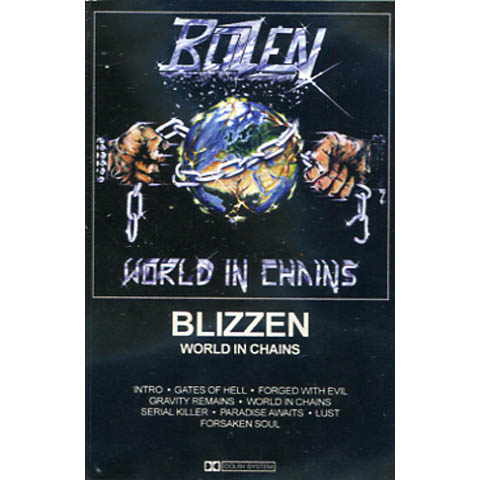 Since their debut EP Time Machine (2015), the Hessian, Germany, guys from Blizzen have built a reputation in the European underground as a true force of the New Wave Of Traditional Heavy Metal. Four years after the High Roller release Genesis Reversed, World In Chains gets released and its an album full of strong songs such as the sing along opener Gates Of Hell to speed breakers like Forged With Evil and the final Forsaken Soul to the hymnal title track and Serial Killer. Blizzen once again offer a full dose of old school heavy metal with melodic to screeching high pitched vocals. Spandex fans, Cauldron and Enforcer advocates and fans who are not completely averse to NWoBHM, should immediately add this album to their shopping list.