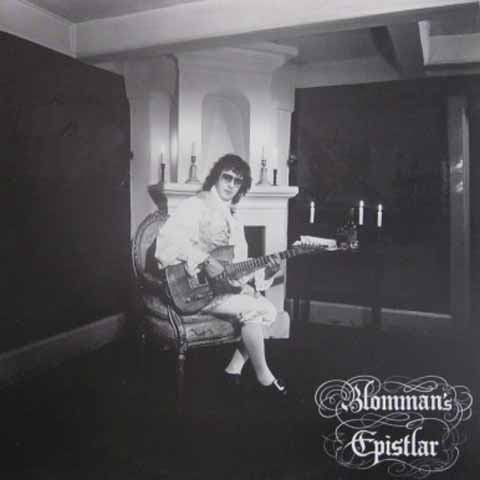 Bosse Blomman Blombergh was was a Swedish musician and author who released 5 albums between 1977 and 1982. Blomman was seen as a musical rebel with his socially critical songs. His debut Små Knepiga Låtar was released in 1977 and tracks such as Dom Borde Tjacka Spikskor and Heroine caught those rebellious youth who still hadnt found out about the underground punk movement. Unfortunately Blomman became an alcholic and addict and spent some time in jail. He was also homeless during parts of the 90s and could be seen in the city selling Situation Stockholm. He died in 2008, 64 years old. His fourth album Blommans Epistlar was recorded in Studio Bastun in late 1980 and early 1981. A record which Cornelis Wreesvijk had the following to say about; Nu har jag hört Bosses nya LP och Nu ska jag tammefan börja sjunga rock n roll.