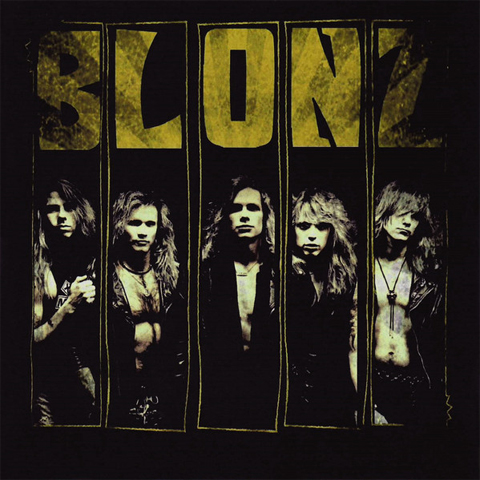 Blonz was a hard rock band from Atlanta, Georgia, Usa that was formed in 1986. The band gigged locally when they got signed by Lenny Petze (Cheap Trick/Boston) in the wake of hair metal’s explosive popularity. They recorded one self-titled album for Epic Records that was produced by Steve Walsh and Phil Ehart of the band Kansas and released in 1990. The album is a 12-cylinder power-packed party on wheels, filled to the brim with high-octane rock and roll energy. The group swings between the hyperkinetic hook-jammed rock monsters like Hands Of Love and Trouble Child while simmering down in the emotive radio ready power ballads Rainbow and Whats On Your Mind. Blonz tackles booze abuse on the gut-wrenching Last Call (For Alcohol) and evokes a little bluesy jaw harp twang on It’s The Same. To bad the band disappeared after this one heck of an album. If you like bands such as Lynch Mob and Hardline, we think you will love Blonz.