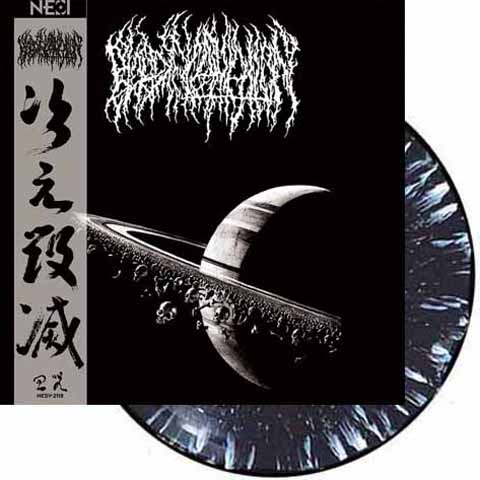 China edition on black with white splatter vinyl with glow in the dark sleeve, poster, insert, OBI-strip and one side lazer etched. Limited 200 copies

Blood Incantation from Denver, Colorado took the death metal world by storm in 2015 with their Interdimensional Extinction mini album. It features new recordings of four previously released tracks from their nearly impossible-to-find demo tapes. But calling this death metal is a huge understatement. This is so much more. Convoluted riffs, cosmic ambience and brutal reverb-swamped growls help take this EP over the edge as a phenomenal beginning to the legendary Blood Incantation’s career. Eighteen minutes of Sci-Fi death metal for fans of Timeghoul, Demilich and other oddities.