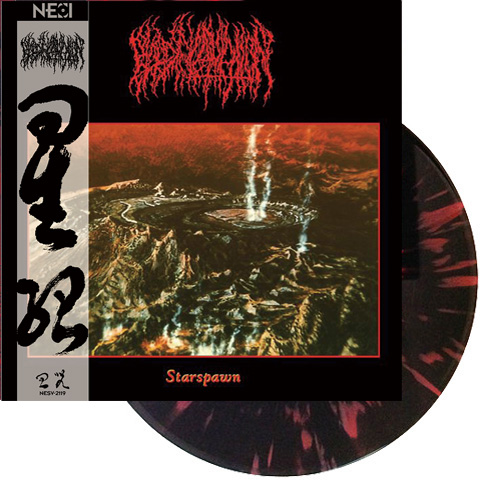 China edition on black with red and orange splatter vinyl with glow in the dark logo, poster, insert and OBI-strip. Limited 200 copies

Blood Incantation from Denver, Colorado took the death metal world by storm in 2015 with their Interdimensional Extinction mini album and just a few months later they returned with their debut album, Starspawn. This is a magical, almost esoteric cerebral whirlwind of powerful atmospheric death metal. The intense and otherworldly technical/ambient/funeral death metal of Starspawn leaves the listener feeling transcendentally disembodied at the end of an unknown dimension. Produced entirely in analog, the energy and magnetism of Blood Incantation is tangibly melting through the speakers, and the songwriting, production and performance constellations have all fully aligned.