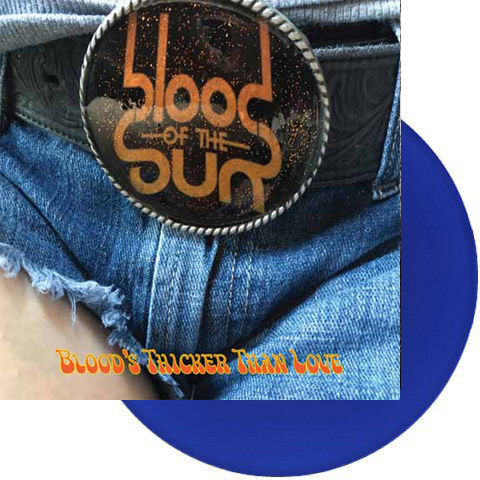 Blood Of The Sun ‎–Bloods Thicker Than Love lp [blue]

Drawing influences from Deep Purple, Mountain, Humble Pie, Ted Nugent, Led Zeppelin and probably 50 other bands, Blood Of The Sun have been delivering super catchy hard rock over the course of their four albums , churning out upbeat 70s radio hits with so much ease and conviction. Admittedly retro sounding but with such determination and an enthusiasm, Blood Of The Sun have forged an identifiable sound making their influences an original and integral part of their signature sound .Founded by Henry Vasquez ( drums – Saint Vitus ) and Dave Gryder ( keys ), the pair has previously joined forces with a number of players – including Derek St. Holmes from Ted Nugent’s band. The band is now back stronger than ever with Sean Vargas ( vocals ) who came in shortly after their previous album Burning On The Wings Of Desire and it was a natural fit thanks to his high register wail and just enough grit. Wyatt Burton and Alex Johnson ( both guitars ) came into the picture around the beginning of 2018 and have added some new but apt elements to the bands sound.