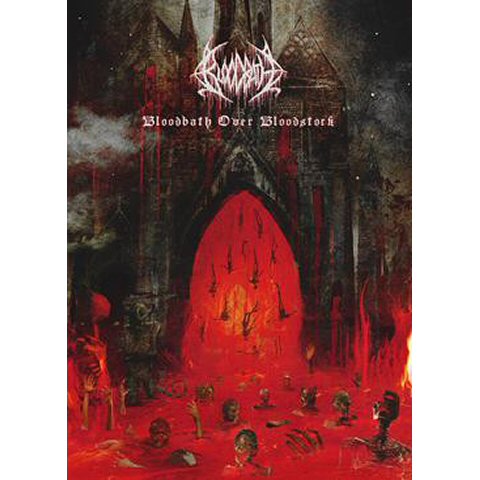 Bloodbath is an extreme metal supergroup from Stockholm, Sweden. Formed in 1998 with a mutual fascination for the glory days of death metal (especially Swedish legends such as Entombed and Dismember), the band’s core line-up has remained mostly solid through the years since their Breeding Death EP was unleashed back in 2000. Bloodbath features prominent members of Katatonia and Opeth, including the unmistakable Mikael Akerfeldt on vocals. Bloodbath Over Bloodstock presents Bloodbath live and in-the-flesh and was recorded and filmed in August 2010 at the famed Bloodstock festival – one of the UK’s leading metal events. This cd/dvd offers a pummelling set of ferocious brutality featuring numerous classics and fan favourites from the band’s whole catalogue of releases in an unrelenting death metal attack, including songs from 2008’s highly-acclaimed tornado of blasphemy, The Fathomless Mastery. Bloodbath Over Bloodstock comes with a wealth of extras, featuring bonus footage taken from PartySan festival in 2008, as well as extensive band member interviews.