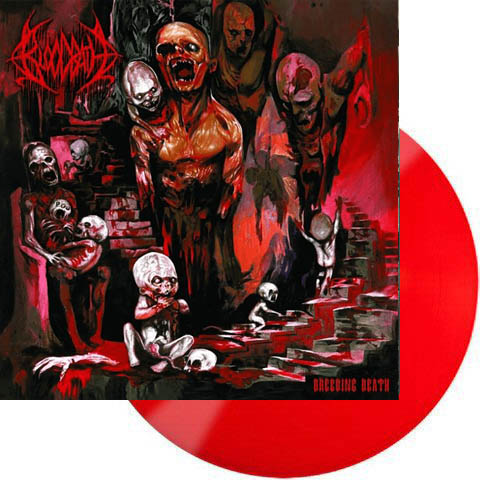 This is pure oldschool death metal at it’s best. Mostly recorded as a joke by Mikael Akerfeldt (Opeth) Dan Swano (you name it), Jonas Renkse and Anders Nystrom of Katatonia. They recorded this MCD as a tribute to the swedish oldschool death metal scene. The first song Breeding Death opens directly in your face with some really killer oldschool DM riffs and just leave’s you drooling and headbanging, The second song is called Omnious Bloodvomit and is just like the first song filled with oldschool riff’s and a really good groove. The third and last song Furnace Funeral is the best song on the album. It starts of with this intense old school feeling and groovy headbanging riffs. Then comes this really epic part that seems to be taken right out of Entombed’s classic song Left hand path, but who cares when it is this good and well done, also have in mind that the guys weren’t all to serious when they did these songs and were not out to create anything original. All the guys does a really good job, Mikael sounds really brutal behind the mic while Anders and Jonas crushes away on their instruments and Dan pounds away on the drums. The album clocks in on 13:10 minutes but it doesn’t matter and you can just leave it on repeat because you will never get tired of these songs.