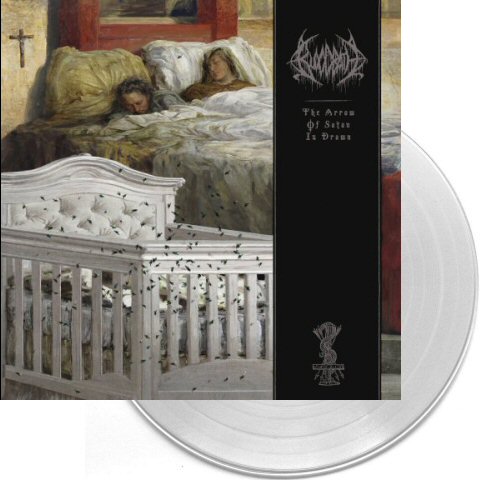 Bloodbath is a titan of death metal from Stockholm, Sweden, notable for the inclusion of Katatonia and Opeth members, with the band’s recent line-up beckoning Nick Holmes of UK doom legends Paradise Lost to join in the brutality. Formed in 1998 with a mutual fascination for horror and the glory days of death metal from classic bands such as Entombed, Morbid Angel, Cancer and Autopsy, Bloodbath has remained a leading light of extreme metal since their ‘Breeding Death’ EP was unleashed back in 2000, and a formidable force for over 15 years, further cemented by their devastating previous opus, ‘Grand Morbid Funeral’ (2014); a master-class of rotten and punishing death metal. Bloodbath began the recording of their fifth studio album in early 2018, with new guitarist Joakim Karlsson of Swedish black metal cult Craft welcomed into the fold. With an unyielding thirst for the macabre, The Arrow Of Satan Is Drawn, sees the band’s current direction taking a step into even darker waters. Here, Bloodbath explore the boundaries of extremity, mixing in the best of death, thrash and black metal to create a perfect storm of chaos, delivered with the same ferocious HM-2 buzzsaw sound amd relentless riff assault mastered over the years, combined with themes of the occult and pure horror. Joining Bloodbath on the ‘Bloodicide’ track is an unholy choir formed from the diabolical triumvirate of UK death metal legends, namely Jeff Walker from Carcass, John Walker from Cancer, and Karl Willetts from Bolt Thrower.