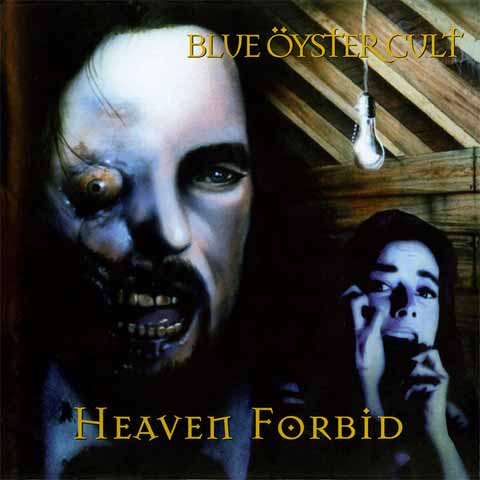 Comeback albums are never easy. Ater a decade long gap between albums (even longer if you don’t consider Imaginos a true BÖC record), Blue Öyster Cult finally produced a new record. The band’s line-up seemed to have fluctuated a bit during this period and some of the songs were written through out the eighties and in some cases for entirely different projects. This does give the album a sense of being pieced together instead of a cohesive record. At the same time it has a youthful spontaneity to it and covers a very large and diverse musical landscape. Essentially, the group’s sound has remained the same, with the same crunching power chords and sci-fi/horror lyrics that characterized their best songs. All of the Eric Bloom tracks are very aggresive and heavy, with deep and dark guitar tones and frequent metal rhythm shifts, and Bloom snarls and sneers the lyrics even with one actual metal growl. So Blue Öyster Cult prove that ten years sometimes doesn’t account for all that much and that the band were still able to create a well worth checking out album so late in BOC’s creative career.