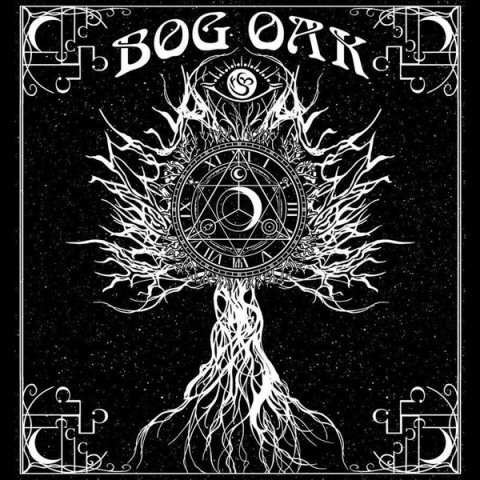 Bog Oak -A Treatise On Resurrection And The Afterlife mlp

A Treatise On Resurrection And The Afterlife is the debut release from California based blackened doom outfit Bog Oak. Although the band’s name would suggest some type of sludge-laden, bottom dredging style of music, the band’s sound is more in line with the Finnish psychedelic doom movement of late. Seemingly infatuated with the occult and dark philosophy, Bog Oak’s lyrical themes touch upon the writings of Heinrich Cornelius Agrippa and the doctrines of Satanic extremist groups such as The Order Of Nine Angels and The Temple Of The Black Light. Even more intriguing, yet, is the group’s focus on Islamic mysticism: the existentialism of Mulla Sadra’s Causal Nexus; the sage philosophy of Suhrawardi; and the focus on life and death in Al-Ghazali’s The Alchemy Of Happiness. Surely many bands delve into occult writings and touch upon the imagery of Laveyan Satanism, but few dare to swim the waters that Bog Oak have been stirring. The album’s title, A Treatise On Resurrection And The Afterlife, coupled with the mystical cover art, show a band attempting to connect their fuzz-laden, bass heavy doom metal with something greater than mere sound mediums. The music is heavy and trudging, but Bog Oak manages to keep things rolling along. “The Resurrection Of Animals”, for instance, starts off with a punchy and reverberating bass line before fuzzed out, chunky guitars kick in. The music certainly fits with the bass heavy, plodding style of their genre kin, but where Bog Oak stands out is with the stellar vocal performance. That’s not saying that the music is lackluster, because it certainly is not, as each track breathes a mystical life all it’s own, such as the wall of sound monstrosity that is “Time Drift Of Seasons” or the serene atmospherics and rollicking patterns of “A Sea Without Shore”, yet Julie Seymour’s versatile vocal performance dwarfs the instrumentation. Effortlessly switching between what sounds like a bellowing inward blackened rasp and a smooth, ethereal cleans, the vocals help to lift Bog Oak shoulders above most of their competition. Bog Oak adds blackened touches and ethereal psychedelia to a heavy handed doom sound and those occult leanings just make it that much more substantial.

Track list:
1. The Science Of The Afterlife
2. The Resurrection Of Animals
3. Time Drift Of Seasons
4. A Sea Without Shore