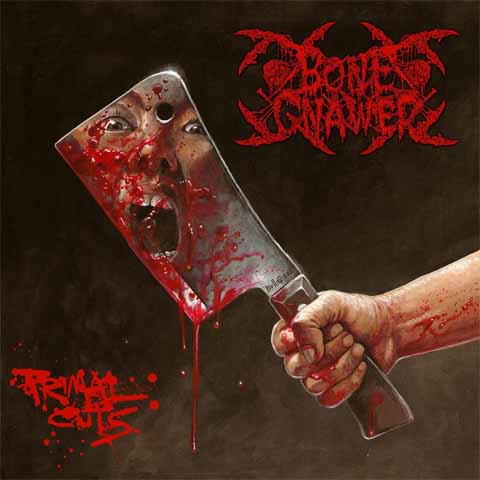 Horror N Gore connoisseurs Bone Gnawer released two cds and a bunch of Eps during active six years. The band, consisting of two legends in death metal, Rogga Johansson (Ribspreader and Paganizer) and vocalist Kam Lee (Death, Massacre and Mantas). The band were fueled by raging riff-work that took the best from both the Swedish and Floridian style of death metal. This means you will have plenty of vicious riffs mixed with Lee’s growling while dealing depraved horror lyrics. This compilation album features the bands singles and Eps as well as four tracks from the unreleased Zombies vs Cannibals mini album. Fans of Rogga need this one as well as anyone that enjoys Kam Lee’s voice as he has the ability to re-captured the magic of early death metal.