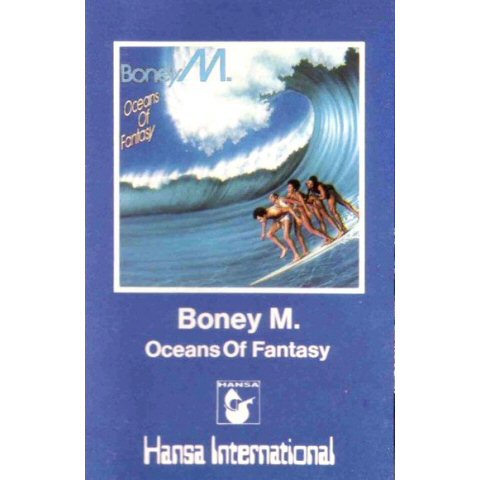 By the time Oceans Of Fantasy was released in 1979, Boney M. had become a worldwide sensation thanks to Frank Farian’s canny combination of bubblegum-ish pop hooks with slick disco-minded production. Oceans of Fantasy continues very much in this vein: “Gotta Go Home” mixes a wordless sing-along hook, an insistent dance beat, and some exotic steel drumwork to create a reggae-styled slice of bubblegum disco, while “Bye Bye Bluebird” transforms what could have been a ballad into a bouncy pop tune by raising the tempo and adding an elastic bassline. It also boasts one of the group’s finest hits in “El Lute,” the sentimental tale of a freedom-fighting Spanish outlaw that is reminiscent of the ABBA classic “Fernando.” However, not all the songs on Oceans of Fantasy live up to this high standard of quality: the title track boasts a lush arrangement but lacks the insistent hooks that would bring it to life, and “Bahama Mama” is cloyingly cutesy even by Boney M. standards. Another problem with the album is that its 52-minute running time is simply too long: Boney M.’s effervescent sound is the kind of music that is most effective when delivered in a short dose, and some judicious pruning of the song list could have resulted in a more consistent and engaging album. With those criticisms in mind, Oceans Of Fantasy still offers enough solid dance-pop to keep the group’s fans happy.