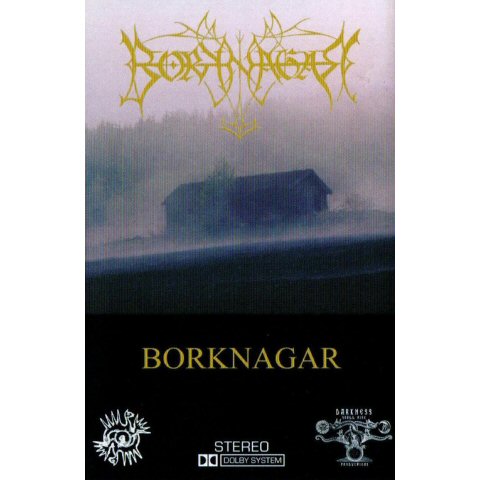 Borknagar’s first offering is a harsh yet melodic and majestic black metal album, featuring the “all-star” cast of vocalist Garm (Ulver/Arcturus), drummer Grim (Gorgoroth), bassist Infernus (Gorgoroth), and keyboardist Ivar Bjornson (Enslaved), in addition to leader/guitarist Øystein G. Brun. Production-wise, this is Borknagar’s most raw sounding album, most notably in terms of the guitars, which here have more of an abrasive, buzzing sound (similar to Enslaved) than on subsequent records. Meanwhile, the songs (there are five of them, along with five instrumentals/interludes) possess the group’s trademark epic vibe, with sweeping guitar melodies, subtle keyboard embellishments, and cleanly sung/chanted vocal sections contrasting the music’s more purely aggressive and destructive elements. “Vintervredets Sjelesagn” and “Grimskalle Trell” are especially good examples of this group’s ability to sound grandiose and also really rock at the same time, and this rare balance is one of the album’s main strong points. Some listeners may prefer the slightly more polished approach of Borknagar’s later albums, but this is certainly among their best efforts and it definitely has more of a rough edge to it than anything else they’ve done.