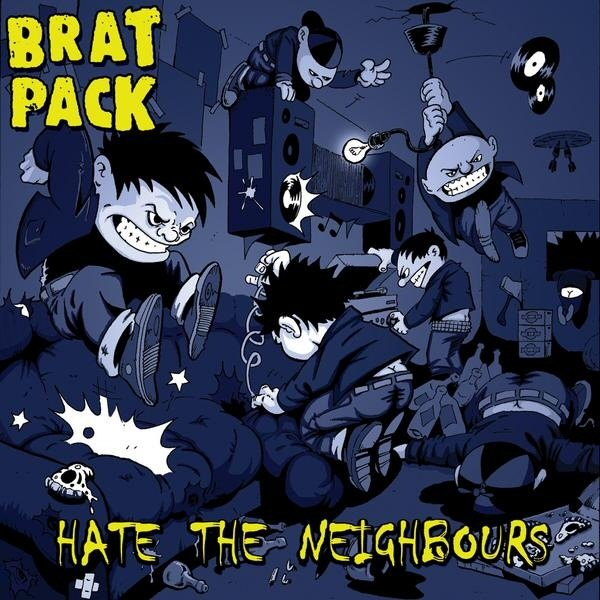 Still sealed but has one bent corner

Brat Pack, from Holland, plays one hell of high energy punk rock and it has exactly the right doses of hooks and melody. Their album hate The Neigbours is a great mix of throwback 80s US hardcore and modern fast melodic punk rock. If I had to make comparisons the names Circle Jerks, early Bad Religion, the Dwarves, RKL, Angry Samoans, Career Suicide, The Accused and even Strike Anywhere would all probably come up. All 13 tracks on the album definitely sounds more rooted in the old school scene than the California punk. I must say that Hate The Neigbours have pretty much all I could want in a punk record: fast and catchy tunes with good hooks and smart lyrics pointing out the hypocrisies and ignorance of the world around us. The opening track, Sick Burn, is probably the most humble song you’ll ever hear from a band like this, and humble isn’t generally a word found when discussing this music. The song is about understanding that you must be willing to take as much shit as we’re dishing out. Hate the Neighbours, Xenophobe and See If We Care deal with the troubling rise of nationalism and blind ignorance towards immigrants and minorities. Observations, Better Off Dead and Soft Money sound like they could be Americans singing about our modern dealings with military occupation and the relationships between politicians and global corporations. All in all this is one fun album and I highly recommend it to anyone into punk hardcore