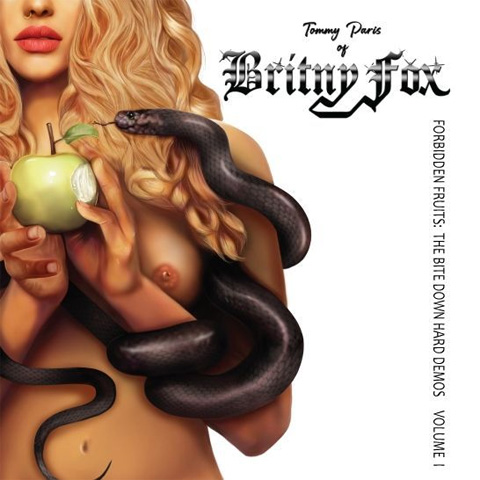 Imagine an artist painting on many canvasses in his quest to achieve a level of quality he feels enthusiastic about. He throws away many paintings he views as sub-standard and begins anew with fresh ideas and inspirations. His act of creating, musing and discarding are powerful cathartic processes leading to proficiency, confidence and fulfillment. He never intends on showing these rejected paintings to anyone. He is pleased to have experienced the discarded works as a purge, never imagining anyone seeing what he views as rubbish. These demos came from a group of countless songs written in the fall and winter of 1990. Most were discarded as fleeting bits of inspiration; unrefined and purposefully incomplete. After months of writing, recording demos and listening to a mountain of material, including songs written for us by L.A. and New York songwriters, we settled on the final 10 songs to be included on Bite Down Hard. Those chosen tunes began as raw demos created from scratch on an inexpensive Tascam 4-track and went on to be recorded in the full-blown facilities at Devonshire and One on One Studios in North Hollywood where Metallica recorded the Black Album. What I enjoy about songwriting is it’s unrestrained creativity which is then groomed, gleaned, and refined to the final imposition of an officially stamped conclusion. The inspiration comes from all of these stages existing chronologically as a bound and determined crusade. It’s a deep cultivation and although laborious at times, there’s nothing like it. Im always writing songs as the quest for ever greater songs continues…- Tommy Paris