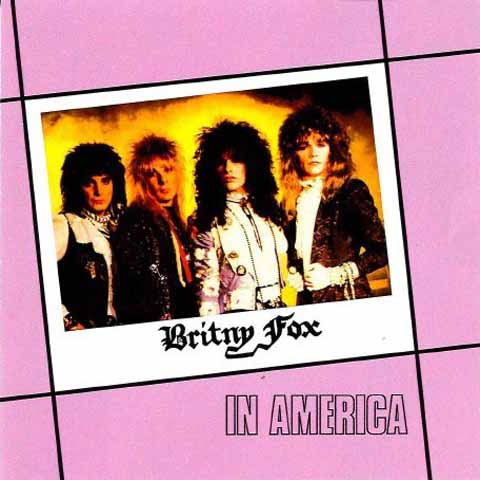 One of the brighter debuts to emerge in the late ’80s, Britny Fox established themselves early on as hard-hitting contenders, only to expose a glass jaw in subsequent bouts. Often labelled clones of sister band Cinderella (whence they got their image, guitar player, and record contract), the quartet overcame expectations by filling their first album with song after song of top-flight ’80s glam, marred only slightly by the cliché-ridden lyrics. What not many know is that the band actually debuted a year earlier with a 7-track album called In America on the small Wolfe Records. 6 of the 7 tracks on In America would be re-recorded for the CBS/Columbia debut in 1988. This limited cd also features 5 bonus tracks recorded in 1987 before the band signed to Columbia. A must for glam metal fans.