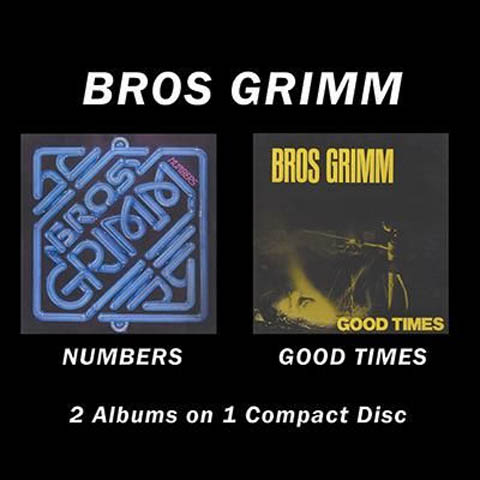 Brothers Grimm was formed in 1979, by brothers Joe (vocals) and Bob Grimm (lead guitar/vocals), with bandmates Tim Reed (bass), Mike Hauger (drums), and Paul Whallon (guitar/backing vocals). However, Joe, Bob, Tim, and Mike played in other high school bands throughout the mid 70’s and it wasn’t until the addition of a second guitarist that the Bros. Grimm line-up would be complete. For the better part of two decades, Brothers Grimm carved out a loyal fan base between Central Ohio and South Florida. As their popularity grew, so did their attendance at their monthly gigs which then solidified Bros Grimm as a worthy opening act for many of the nationals that came through town. The promoters knew that this band where a Go To band that would draw their own crowd in addition to the crowd who was there to see the major label artists of the day. Some of the major artists that the band shared the stage with were Steppenwolf with John Kay, Accept, Humble Pie, and Central Ohio’s hometown hero’s The Godz. In 1983, the Brothers Grimm buckled down at Criteria Recording Studio in Miami, Florida during one of the legs of their back-and-forth travel excursions. Their efforts yielded a solid 8 song debut album entitled Numbers. Numbers showed a young energetic band with lots of talent and piss and vinegar. This became even more evident when local radio stations picked up and started spinning tracks from the album. Bros. Grimm chugged along trying to capitalize on some of their early successes. However, midway through the 80’s the band underwent a line-up change replacing their rhythm session. This would be the line-up that would head into Musicol Recording Studio in Columbus, OH to record the bands 1988 sophomore effort, Good Times. Good Times featured 10 tracks that showed a band that had really come into their own; not only as a good time Club band, but as a band that had become capable of writing and recording a solid song. For the next decade, the band tried to latch on to the hard rock scene that had been so kind to many of their contemporaries and counterparts. Towards the tail end of the 90’s, Bros. Grimm opted for a hiatus. When the two brothers returned in 2009 to start doing live shows it was also decided that it was time to finally re-release both of the bands indie vinyl albums on one compact disc. So here they are with a new remastered sound and lots of unpublished photos from those days. We hope you enjoy it!