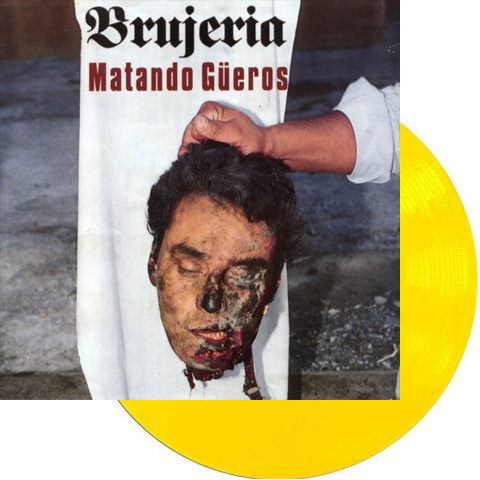 Brujeria made their undoubtedly colorful debut with ‘Matando Gueros’, one of the more curious grindcore albums of its era. This band of Latin American narco-satanists could be the most deadly group out there, at least judging by sonic assaults like ‘Molestando Ninos Muertos’ and ‘Narcos-Satanicos’ — or they could just be a bunch of death metal professionals reveling in a lighthearted, tongue-in-cheek side project. Either way, ‘Matando Gueros’ makes for a fun listen, assuming you’re into exploitative stuff like this. The music? Well, it’s nothing to really get overly excited about, but it is well-performed Napalm Death-style grindcore and sounds pretty damn intense, for sure, especially given the Spanish growling. And it’s indeed that whole Latin American narco-satanist angle that’s by far the most interesting aspect of this debut, which spawned quite a few similarly deadpan follow-ups. Some stores in the U.S. and other countries refuse to sell this album, due to its front cover, which depicts a person out of shot holding up a decapitated head. Intresting note: The head on the cover has been taken by the band as a mascot, ‘Coco Loco’ is the name and they use it for different purposes, even as a ‘logo’ for them. Track 16 to 19 are taken from the ‘Machetazos’ single.