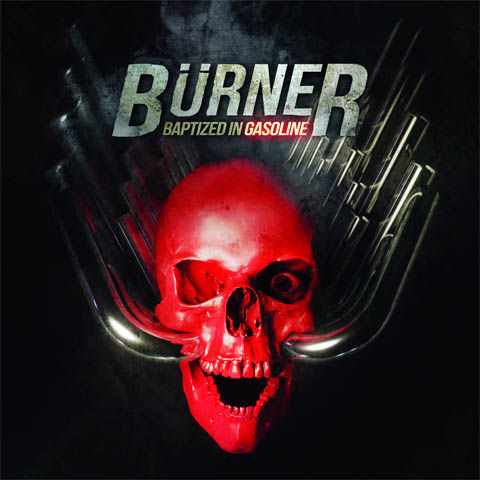 Playing “gasoline fueled rock from Sweden with no brakes,” the Linkoping-based trio Burner proudly channel the likes of Motorhead, Ac/dc, Saxon and the Ramone on their debut release, Baptized In Gasoline. For the album’s entire 42 minutes the guys in Burner put the petal to the metal and play unrelenting, balls out rock-and-roll. Each of the 12 songs is not only a rocker, but a demonstration of how a simple three-piece of guitar, bass, and drums can lay down a wall of melodic, head-banging sound when the playing is tight and each instrumentalist knows his role well enough to maximize it within a song’s structure. This band impress on this, their first album. Though they stick to a fairly simple formula, the musical execution is top notch. This is obviously a band that takes pride in what they do. In sum, this is an almost perfect album that is unrelenting auditory adrenaline.