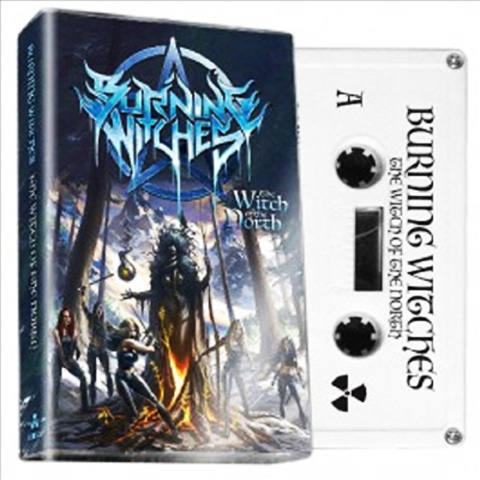 Burning Witches –The Witch Of The North MC

The band Burning Witches was founded during spring 2015 in Brugg, beautiful Switzerland, by guitar player Romana Kalkuhl. Their 2016 demo was voted Demo of the month at both Rock Hard and Metal Hammer magazine. Their fourth album, The Witch Of The North, was released in 2021 and it was once again produced by German thrash titan Schmier (Destruction), Burning Witches stick to their irrefutable 80’s influences (Judas Priest, Iron Maiden, Dio, Accept, Warlock, WASP etc.) and inject an irresistible energy and refreshing vibe. From the epic title-track, to the album’s most catchy anthem We Stand As One, over to the ballad Lady Of The Woods, and the speedy riff attacks like Nine Worlds, The Witch Of The North marks a new highlight in the band’s career. The album also ends with a Savatage cover featuring Savatage guitarist Chris Caffery.