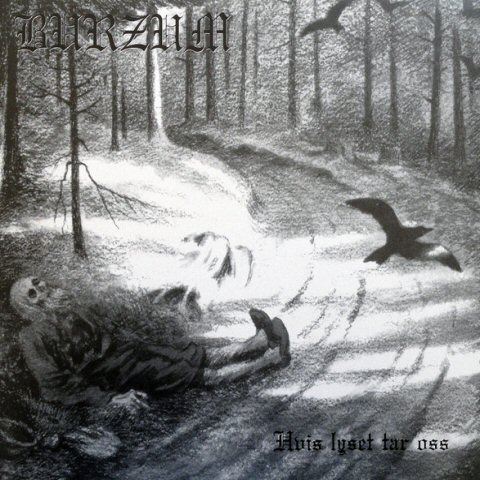 This four song effort by Varg is his most experimental yet. Moving further away from the full on Black Metal assault that was the eponymous debut, Hvis Lyset Tar Oss has a slower, more chilled out feel, so far removed from the full on Black Metal assault of other bands in this scene its unbelievable. On this album Burzum evolves to simplicity of rhythmic communication under a dark mood suspended in the ambient tones of distorted guitar. Elements of communication are simple re-combinations of pieces of scales, balancing nihilism of equality of tone with a chaotic will to melody, building each song from progressions of simple riffs that emphasize a pulse in their dominant strokes.