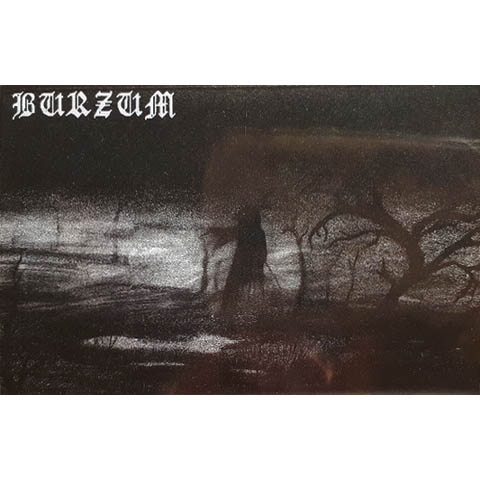 Burzum is the one-man project of Varg Vikernes (born Christian Vikernes, aka Count Grishnackh), perhaps the most notorious figure in Norwegian black metal. Although Burzum has an unpredictably experimental bent — encompassing black metal, industrial, electronic, and dark ambient music — Vikernes will forever be associated with his conviction for the 1993 murder of former Mayhem bandmate Euronymous. It wasn’t the first time Vikernes had run afoul of the law; he had been a suspect in arsons directed at historic Norwegian churches in Bergen, a perception not helped by his use of a post-fire photograph of the Fantoft Kirke church on the cover of Burzum’s 1993 Aske EP. Burzum self titled debut was later released together with Aske but these version lacks the first version of A Lost Forgotten Sad Spirit that only can be found on this self titled album (however the later 2010 reissues features both version of the track)

Track listing:
1. Feeble Screams From Forests Unknown
2. Ea, Lord Of The Deeps
3. Black Spell Of Destruction
4. Channeling The Power Of Souls Into A New God
5. War
6. The Crying Orc
7. A Lost Forgotten Sad Spirit
8. My Journey To The Stars
9. Dungeons Of Darkness