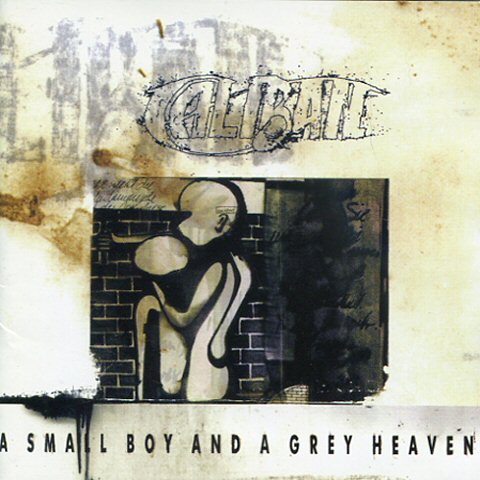 German deathcore band Caliban was formed in 1997, and signed almost immediately with Lifeforce Records, which released their eponymous EP the very next year. Their debut album, A Small Boy And A Grey Heaven, was released in 1999 and with this album the band planted their roots in the scene with brutal and thrashy hardcore-inflected metal. But since this album is one of the first-ever metalcore albums in existence, it may not sound the way you are used to most metalcore sounding. Utilizing melody only as an afterthought (there are preciously few spots of clean vocals and almost no acoustic guitars to be found, here), “Small Boy” is first and foremost a very heavy album. Blending leftover Slayer riffs with textbook hardcore breakdowns (including some memorable shout-along refrains and a few fairly wicked hardcore-derived shrieks and screams), the record actually has as much in common with modern-day deathcore than it does with metalcore. On the whole, it falls somewhere between the already-noted Slayer, Kreator, Pantera, Anthrax, and Hatebreed. Tracks one, six, eight, twelve, and fifteen (“Intro,” “Skit I,” “Skit II,” “Sylca,” and “Outro”) are all fairly pointless and skip-able skits and/or interludes. But at fifteen tracks deep, there are plenty of standouts present, here, though. For example, pay special attention needs to be paid to “Pollution” and “De Rebus Que Gerunter.” The former is an excellent mosh pit anthem that begins with a cool, down-tempo intro that will make the hairs on the back of your neck stand up before slamming into bludgeoning guitars that split their time between blistering, buzzsaw-fast leads and mid-tempo, moshable, hardcore chugging. And the latter song kicks off with scorching, and at times careening, Slayer-worthy guitar leads, although it is also noteworthy for its slow, melodic breakdown where both good cop and bad cop vocals enter the picture. (The only other song with any type of clean vocals is “Destruction.”) And “De Rebus Que Gerunter” is further highlighted by a very respectable guitar solo, to boot! But every other, proper song is well-worth your time and attention, too. “Arena Of Concealment,” for instance, is another standout, with its throat-scraping, sick-on-the-mic screams, banging skins, and crunchy, Slayer-esque riffing. A big and pummeling hardcore breakdown is tucked into the mix, later on, too. “In My Heart” works similarly, as a blistering riff-fest anchored by slamming, machine gun drumming, and with a catchy, shout-it-out ending, as well. And so does “A Faint Moment Of Fortune,” as it is a ferocious onslaught of white-hot riffage and furious drum blasts (although it does make room for a few chugging, mid-tempo breakdowns, too.) And elsewhere, the album’s title track is a very crunchy, bass-propelled hardcore number (the bass is thoroughly audible throughout this song, even if it is left as only an ominously low grumble.) “Supervision Until Death” is another clear-cut standout on account of it being a slow-burning, and at times, even doom-tinged song with noteworthy bass work (including a steadily grumbling/humming bottom end, and even with some bass solos!). But right after that, the album goes right back to its breakneck thrash roots, with “Always Following Life,” a bludgeoning thrasher that is filled with fiery grinding, chugga-chugga guitar licks, and also features an irresistible climax/outro. And the blistering “Intolerance (Ignorance II)” (which features a lot more really chunky and memorable riffs) rounds out the set. Along with the likes of Cave In, Diecast, and Converge (among others), Caliban are definitely on the map for being one of the most influential metal bands of the Nineties. Without them, there would be no metalcore as we know it, today (although, again, it is important to note that “A Small Boy And A Grey Heaven” definitely does not sound like, say, Killswitch Engage.) As such, all metalheads need to check this record out. And it is a near essential listen for all music fans who are interested in how certain genres got their start. After all, even if you do not like the album, you should still probably give it at least four stars just for it being so hugely influential and important.