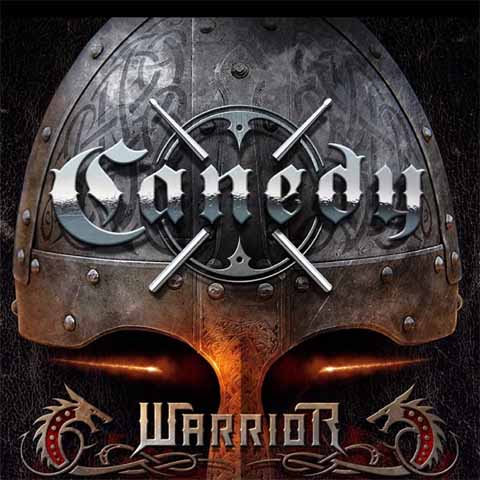 Legendary Rods drummer Carl Canedy released his second solo album, Warrior, in 2020. is back with the second full length album that bears his name. Warrior, a pure heavy metal album with massive sound and production, it’s heavy, it’s epic, it’s catchy, melodic, powerful and I’m sure that all metal fans will love it. Canedy’s name is long-familiar with metalheads worldwide – as he was the drummer for the Rods (and a brief early drummer of Manowar). But it is as a producer that Canedy is most known – as he oversaw the recording of classic recordings by the likes of Anthrax (Fistful Of Metal, Armed And Dangerous and Spreading The Disease), Overkill (Feel The Fire), and Blue Cheer (The Beast Is Back) in the ’80s. And now, Canedy is putting both his production and artistic talents to good use on Warrior. Warrior makes the statement that classic Heavy Metal never dies. It’s full of thunderous riffs, mighty vocals, thumping bass, and pounding drums that will make amateurs envious. Lyrically the album speaks to the older metal fan, but even the young ones will find something to appreciate.