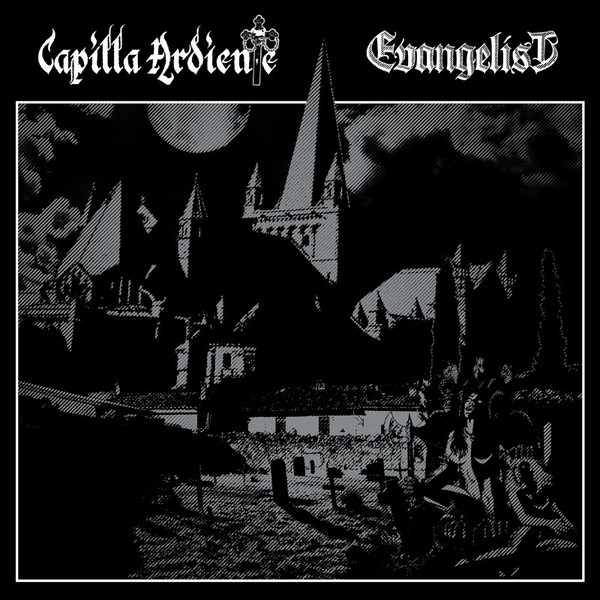 Split EP with Capilla Ardiente and Evangelist. Capilla Ardiente is a phrase in Spanish that means Burning Chapel, which is the place where the recently deceased receive their funeral (namely, their house, a church or any other specific place), usually lighted by many funeral candles. This epic doom metal band features Claudio Botarro Neira and Felipe Plaza Kutzbach from Procession. There tracks were recorded, mixed and mastered by Sebastian Puente in Audiocustom Studios, Chile, between January / March 2014 E. V. Voices recorded by Gottfrid Ahman in Sweden, March 2014

The Evangelist track was recorded, mixed and mastered by friar Rackomir in Werebunker Studios 2012 / 2013