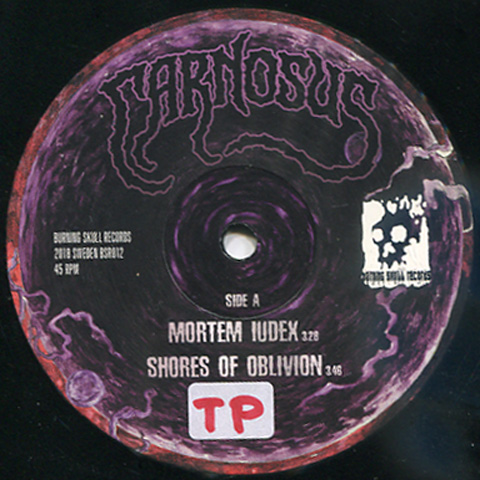 The debut release from this old school death metal band from Orebro, Sweden. This was recorded at Sunlight Studios with Tomas Skogsberg to get that lovely Swedish touch. This is a mix of modern death and old school death with a touch of both progg and technical parts. Fans of Cynic and Atheist should take notice as well as fans of Death, Pestilence and Decapitated