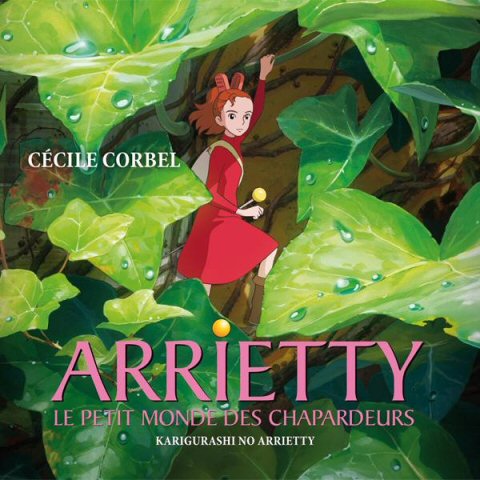 This is the original soundtrack to the Studio Ghibli movie “The Secret World Of Arrietty,” and to keep it short an simple, its amazing. The long version would go that since its a Ghibli Production film most soundtrack lovers expected another Joe Hisaishi score but Ghibli announced that the compositor would be Cecile Corbel leaving the Hisaishi fans gutted. Cicile Corbel is a French singer, plays the harp and she never before composed for film. Every track on this soundtrack features Corbels harp guitar and the flute and maybe it sounds like it would be to much but just wait to you have heard the album as its among the most beautiful harp music done. Cecile is a master of the instrument. Her singing voice is beautiful and haunting. Her composition skills are phenomenal, and the musicians she works with are first rate. Trust me, its easy to fall in love with this piece and the movie wouldn’t have the same amount of whimsical, magical charm without this soundtrack. Everything about it is exquisite – the vocals, musicality, etc. You can have it play on repeat for days and it will provide you with a very peaceful home atmosphere.