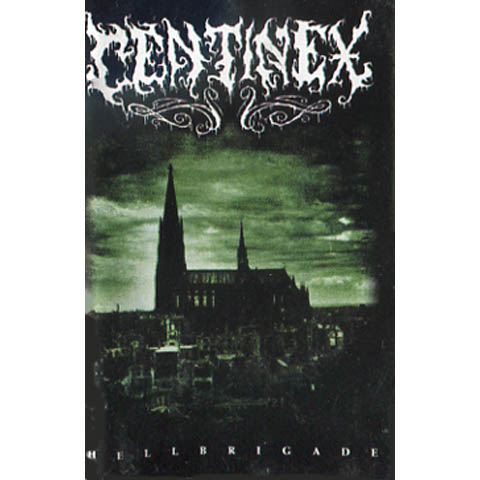 Although less expressive than Scandinavian scene giants like At the Gates or In Flames, Centinex are among the oldest death metal bands to issue from Sweden, having formed as early as 1990 but not really attaining significant career momentum until many years later. If you havent given this band a chance before then Hellbrigade, their fifth album, is probably the best way to start. Hellbrigade is simply their most consistent album they ever made. Its firmly entrenched between the Swedish death metal sound of their forebears Entombed and Dismember mixed with the 80s Floridian brutality and ofcourse thrash gigant Slayer. If you have heard about this band before but never taken the time to see what the fuzz was all about, then now its time and Hellbrigade is the one to satisfied your curiousity. This cassette release features the three tracks from the Apocalyptic Armageddon EP as bonus