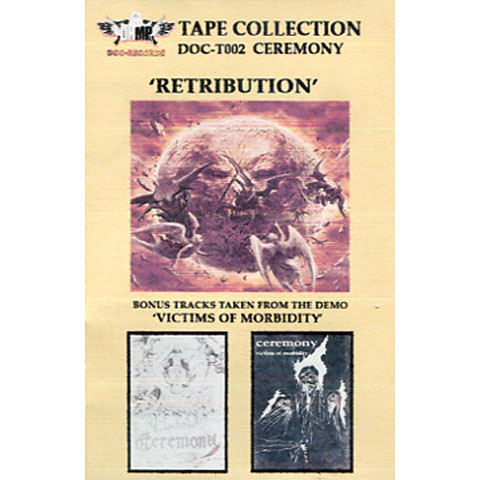 Ceremony from Holland we’re always overshadowed by the more popular Dutch death metal band Sinister. They did, however, release an extremely good yet overlooked full-length album in 1993 called Tyranny From Above. Since it was 1993 and the album was unfortunately released by a lesser label such as Cyber Music, we all quickly passed it by. After all, by 1993, death metal was on its way out and black metal was quickly coming in. Although the band split up by 1995, they would ultimately reunite in 2015. Ceremony finally released their second album, Retribution, in 2019. This is certainly a big comeback, a really heavy album and the same old school death metal that they were known for. If you compare this with their 1993 album the I would say that this one probably have a bit more technical edge. Eight pulverizing tracks and over forty-five minutes of playing time. While I don’t like comparing them to Sinister, it’s fair to say that fans of the band will definitely like the new Ceremony album. So if you missed this band the first time then dont do the same misstake again