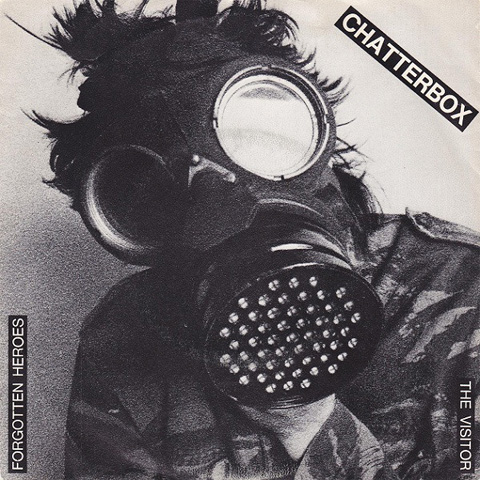 Reduced price due to vinyl and cover being vg/vg+

Chatterbox was called a supergroup of punk when they arrived. This Stockholm band were made up of ¾ of Berlin together with guitarist Hocky from The Pain and a friend of his, Charlie Green, as vocalist. Their debut single Forgotten Heroes, released in 1980, received good reviews and much was expected from them. Charlie Green had been in The Sick Things in London 1977 and Bitch so thanks to her connection they managed to get the opening slot for The Clash at Scandinavium in Gothenburg, but by then Charlie had already been fired from the band. Without Charlie in the band they turned from a punkrock act to a new wave / romantic band. Despite massive attention and a booked England tour it didn’t lift for Chatterbox and they disbanded in 1982. Hocky formed La Crosse along with Pelle Lidell from Alien Beat. Janne and Matte went on with another singer; Åsa Axelsson, from Alien Beat. But it was just artificial breathing. When MNW Records put together their Svenska Punk Klassiker compilation album in 2003 they added Chatterbox title track from this debut single. So its counted as a minor Swedish punk classic