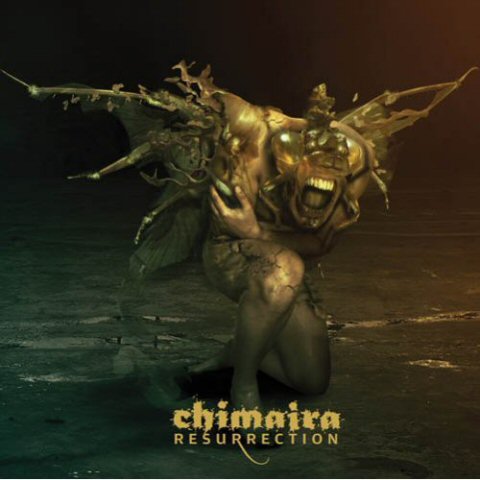 Reduced price due to cover being ex

Chimaira is proof that there is life after death. The months following the release of the band’s self-titled third album, despite the record’s blistering and undeniably killer content, were a dark time. Band members threatened to leave. There were face-to-face arguments. Problems stacked up with their record label. In Cleveland, it seemed like the sky was falling. ‘We had a wall in front of us. The question became: ‘Are we going to just stare at it, or get over it?’ recalls Chimaira singer Mark Hunter. ‘We kicked ourselves in the ass. And now, we have life again’. The sound of that life is nothing less than a sledgehammer to the face. An album cooked up in the rehearsal room with no pretenses beyond ‘making the heaviest music possible’, like when the band began back in 1998. From the anthemic momentum of the title track to the epic experimentation of ‘Six’ through the album’s fist-pumping, breakneck-speed closing track, ‘Empire’. Chimaira plays a groundbreaking blend of metal, hardcore and electronic elements and this album is more of an arsenal than an album, full of their hardest hitting bombshells. The ceiling is gone. There are no lofty expectations, which ironically, further ensures that the sky is the limit. ‘Resurrection’ is the sound of a band reborn.