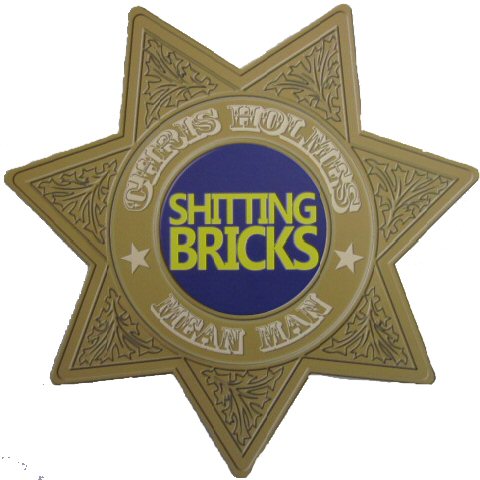 Wasps Mean Man Chris Holmes released his first solo album, Nothing To Loose, back in 2013. Chris composed, performed, and produced the music and vocals, and teamed up with former Miotorhead drummer Phil Philthy Animal Taylor to perform on and engineer the effort. The end result was released as a cdR disc. He then returned in May of 2015 with a second solo album, Shitting Bricks. This special single features one tracks from each solo album released. The title track from Shitting Bricks and Way To Be from Nothing To Loose. Chris Holmes explains: Well, the song “Shittin’ Bricks” is about getting chased by the cops. You’re in the moment of running from them, but they haven’t caught you yet. I used to run from the cops in L.A. all the time before every city got their own helicopter. Where I lived, they didn’t have a helicopter. I grew up La Cañada Flintridge, right near Glendale. It’s right by Jet Propulsion Laboratories. You could throw a rock from my backyard and hit that place. When I was a kid, I had a bunch of dirt bikes and I’d use them all over the horse trails out there. The cops would chase me all the time, but they couldn’t catch me. Then Pasadena got a helicopter, but by then I was old enough to drive. When you start driving a car, you gotta do things just a little bit different. [Laughs]