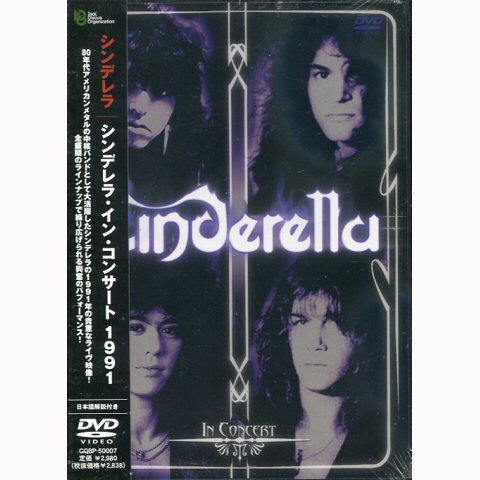 A classic live performance from one of the biggest rock bands to emerge from the glam-metal scene of the late-1980’s, Cinderella. Cinderella was founded in Philadelphia, USA, in 1983 by singer/songwriter Tom Keifer and bassist Eric Brittingham, who quickly added lead guitarist Jeff LaBar. Insisting on playing original material, they performed in clubs and bars in Pennsylvania and New Jersey, and in 1985 Jon Bon Jovi caught one of their shows. He was sufficiently impressed to alert his record company, Mercury, which signed the band. Their debut album, Night Songs, was released in June 1986 and was a US top-three hit, certified double platinum. Follow-up album Long Cold Winter also achieved double-platinum success, as the band became huge stars to metal fans around the world. “In Concert – The Heartbreak Station Tour” – features the band live at the time of the release of their third album, the again! highly successful “Heartbreak Station”. Amongst the tracks featured are UK hit singles Gypsy Road, Don’t Know What You Got (‘Til It’s Gone), Shelter Me and Heartbreak Station.