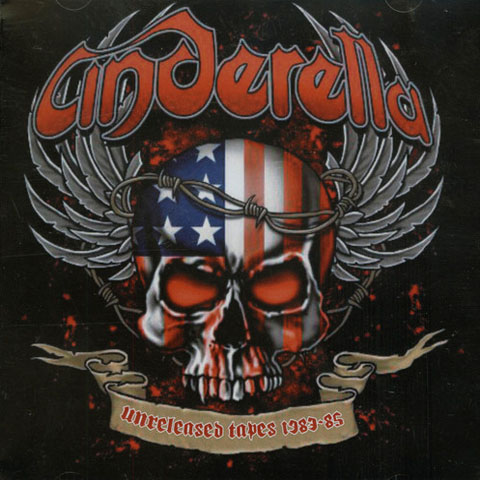 Cinderella was founded in Philadelphia, PA, in 1983 by Tom Keifer and bassist Eric Brittingham. The band insisted on performing mainly original material and performed evert club and bar they could in Pennsylvania and New Jersey. Kiss bassplayer Gene Simmons was the first to take notice and told their record company Polygram who werent that impressed. Then during the New Jersey shows they caught the interested from Jon Bon Jovi who told his A&R man, Derek Shulman to check this band out. First he wasnt that impressed either but after seeing more shows and seeing the fans reaction he soon changed his mind and signed the band who released their debut album Night Songs in June of 1986. This amazing album features 17 tracks, several of them never before released, that were recorded by the band during the first years before the recording of Night Songs. That means that these recordings features guitarist Michael Kelly Smith and drummer Tony Destra, who were members of the band, before they left and formed Britny Fox. Then as a bonus we have two single edit tracks making it 19-tracks in total and ofcourse a must have for any fan of 80s hard rock.