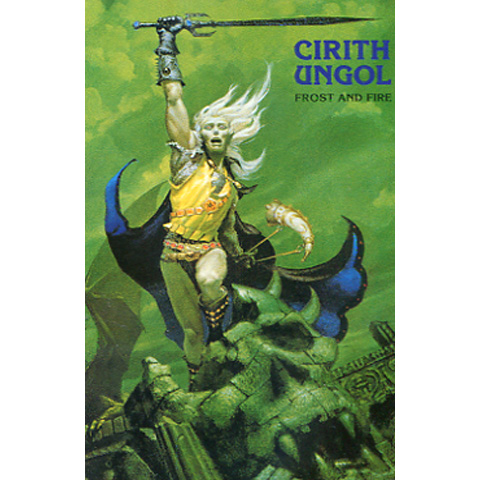 Frost And Fire, Cirith Ungol’s debut album, was a decent enough attempt at sword-and-sorcery fantasy metal, and in some ways can be seen as a precursor to the bleaker, more influential work of Celtic Frost. Tim Baker is not the most melodic of vocalists, favoring a theatrical sing-speak for pretty much the entire record, but the band’s music is often strong enough to support him. That isn’t true for the entire album, as some of the compositions tend to meander, but if Baker’s style isn’t a problem for you, Frost and Fire will be a sporadically enjoyable record that may very well be worth your time.