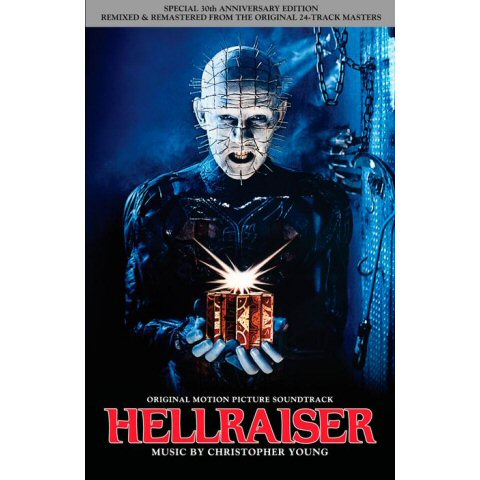 Young American composer Christopher Young was a logical choice to write the music for horror novelist Clive Barker’s directorial debut, Hellraiser, based on Young’s work on Nightmare On Elm Street Part 2: Freddy’s Revenge. And he proved he hadn’t used up all of his ideas for the horror genre on that effort, matching Barker’s stylish look with a gothic score that mixed in exciting synthesizer effects. Within the inevitable requirements of supporting tension and grotesque violence on the screen, he managed interesting variations. The first and most obvious was Resurrection, a creepy but attractive waltz. Seduction And Pursuit, which began with a toy piano-like keyboard part, built up with inventive percussion and horn-like effects. And Re-Resurrection was a satisfying climax. Young seemed to conceive his score as a whole, rather than as a series of cues to accompany scenes, and it worked that way, having a cumulative effect.